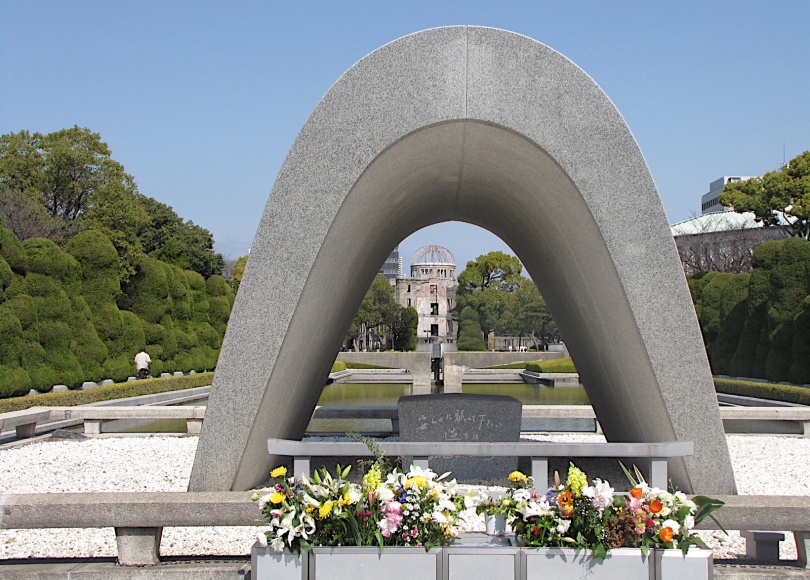 So it has been a little while since I updated the old blog thingy. Always the way with me I’m afraid. I’m far more (as any-one who has met me will attest) a verbal fellow than a written one.

It has been a rather busy year thus far and doesn’t show any signs of relenting.

I had a very interesting trip to Japan last month where I attended the APEC meetings in Hiroshima. On the Saturday I flew from Christchurch to Auckland and then on to Tokyo Narita on Air New Zealand. I travelled in Premium Economy on the way up and as it was a day flight (11 hours from Auckland to Tokyo) I spent it watching a lot of movies. I watched the French Connection for the first time in a million years. A rather weird ending and clearly setting the viewer up for a sequel that was not available on the flight! (clever marketing opportunity for the airlines that… travel again to see how a story ends!).

It was my first ever trip to Japan, a place I had heard a fair bit about from friends and colleagues who had travelled there. I must confess it had never been high on my list of places to visit.

I was very pleasantly surprised. I arrived in Narita and had to transfer to Tokyo Haneda (the other airport in this huge city). I had an early flight to Hiroshima from Haneda on the Sunday morning. To get from one airport to the other it is normal to catch a coach. The trip takes about an hour and half and the coach travels on a rather boring a faceless expressway through what appeared to be a semi industrial part of Tokyo. I cannot claim to have experienced much of Tokyo at all therefore.

My airport hotel in Tokyo was a very clean and efficient but very small JAL-City product again tucked away in an industrial park on the fringes of Haneda airport. It reminded me a lot of the Sydney Airport ibis I endured last year while en route to Cape Town. I think airport hotels are a very sad and lonely breed. The are devoid of any scenery (and don’t even bother on many instances to have their room’s curtains open upon arrival). Invariably one arrives at night and leave in the early morning, as was the case in Tokyo. So it was all lights, rain and reflection off shiny roads. Not my favourite part of any journey. I always feel a little low in these places. The hotel did have complimentary broadband which I love but which is also a trap for a chap like me as I inevitably end up spending too much time surfing the web and not enough time sleeping.

My sleep (such that it was) in the hotel was interrupted at 03:45 in the morning by a call from home. There had been an earthquake in Chile and experts were warning residents of the east coast of New Zealand (my home is two blocks from the Pacific ocean) to be on alert for a Tsunami.

Katherine was understandably worried and she and the girls were heading for the hills at the back of Sumner. Unfortunately our experience in Rarotonga in 2009 and our knowledge of the devastation in Samoa during the 2009 Tsunami was still raw and the girls were rather worried.

Not a lot I can do when I am a world away other than to offer words of calm and hope for the best. Seeing as I was awake I did some research online around the situation and then got ready for my 06:00 flight to Hiroshima.

I arrived at Haneda airport at about 05:30 and witnessed one of the more memorable events of the trip. I noticed that the ANA check in desks did not open till 05:40. I observed all the ANA staff take up their ‘stations’ behind their various desks at about 05:30.

A handful of customers had started to queue neatly. Supervisory staff began to move amongst them and to discreetly check that their uniforms and counter areas were tidy and neat. At about 05:38 a more senior official (a man) came out and stood facing the clients.

At 05:40 on the dot a bell sounded and to a person every member of the ANA staff bowed to the clients in unison. For some reason I found the whole thing very moving (possibly my sleep deprivation contributed). It demonstrated a commitment to neatness, method and accuracy; one of my father’s great adages borrowed from his Navy days no doubt. It also struck me as showing a deeper understanding of respect for others.

The flight to Hiroshima on an ANA 767 was very efficient and uneventful. Hiroshima airport is very new and is located quite a distance from the city. It appears to have been built in the hills and no-doubt is a feat of engineering (as indeed was Haneda which is built on reclaimed land in Tokyo harbour).

From Hiroshima airport it was a(nother) coach trip, this time just under an hour to Hiroshima Station. A much more pleasant bus trip with respect to the scenery as you travel through very green and hilly countryside down into the built up city of Hiroshima.

From the station it was a short taxi trip, in an immaculate Toyota taxi resplendent in white doilies complete with white-gloved driver, to the Hotel.

My hotel was located at the southern tip of Hiroshima right on the waterfront. I arrived far too early to check in so deposited my luggage, registered for APEC and then availed myself of the complimentary APEC shuttle to head in to the Peace Park and Museum.

The Hiroshima Peace Park (built to remember the use in anger of the world’s first atomic bomb) is understandably a very moving place. It was quite busy on a Sunday afternoon.

The museum is well done, but not one of those places you come out of feeling cheerful about life. The scale of the devastation and the reality that the victims were overwhelmingly woman and children was very very sad.

I enjoyed wandering around the Peace Park and particularly delighted in the irony of asking a Japanese man to take my photo in front of the memorial (role reversal!).
I observed an elderly Japanese man walking with others past the A-bomb building (a world heritage site now) wearing, believe me it is true, a USS Arizona cap. I wasn’t quite sure what his motivation for doing so was… I also observed a much younger man biking through the park wearing a USAF T-shirt.

I do recall that when I visited the USS Arizona Memorial in 1993 the majority of others visiting the site with us on the day were from Japan. Again I have never quite understood whether they were there to pay their respects or to see a piece of their history.

The other thing that resonated with me was the proximity of the nearest McDonalds and Starbucks to the Peace Park. Globalisation I suppose.

The APEC conference went well and I met some new and interesting people. I enjoy meeting new people from different countries (or economies in APEC speak) and spent some time with some old friends from previous conferences.

I went out for dinner one evening with some Kiwi colleagues to a restaurant that had the biggest/ longest sushi train I have ever seen. We ate several aquarium full of sea creatures or is it aquaria? If it swam we ate it.

We drank some Asashi Beer that seemed to be everywhere. It was in vending machines in the street and was available with breakfast at the airport!

It was a very expensive place to visit and I was amazed at the cost of everything when compared to New Zealand even with our strong dollar, also of interest was the prevalence of a cash economy. In the country that makes so much electronic stuff they certainly prefer the folding stuff to the plastic.

I had one more night in the city with my friend Yara from the World Bank and new friend Nick from USAID (both based in Washington DC, another of my favourite places on planet Earth). We went to an authentic noodle house and slurped to our hearts content. I couldn’t bring myself to sniff loudly but might next time.

I started the long haul back to Aotearoa on the Wednesday morning. I took a taxi to Hiroshima Station (the concierge and two others came to the kerb and bowed as the taxi left, again rather moving for some reason). Then the bus from Hiroshima Station to Hiroshima Airport, a lovely drive through the countryside.

The ANA check out lady at Hiroshima was amazing. She came around from behind her counter and collected my bags, handed me my boarding pass and bowed! Unbelievable. Her English was amazing.

Then there was the short hop on an ANA A320 back to Haneda. From Haneda the coach from to Narita. Narita Airport was built on compulsorily acquired land and the land owners have never accepted the arrangement. It is one of the few civilian airports in the world that has watch towers around it’s perimeter.

All vehicles approaching the air terminal are boarded and passengers required to show passports while baggage is inspected. All this outside the perimeter of the terminal!

The flight home (Air New Zealand 777-200) was comfortable. I was in Premium Economy and had hoped for an upgrade to a lie flat bed, it was a night flight. Alas it was pretty full so no upgrade. I sulked and refused any food (a weird psychology) it is amazing how cabin attendants don’t like you not to eat for 11 hours. They almost coped with me saying no to dinner but it got a bit fraught when I said no to breakfast as well. I actually don’t need to eat when I am sitting on my bum doing nothing (hard as that is to believe).

Arrived home not too tired and had a lovely time with Katie and the girls when I got back in the afternoon.