It doesn’t take long for me to evoke the memories of the shaking and noise that we woke to in the wee hours of 4 September 2010.  The fear, the need to calm our children, the certainty that we needed to get out of our seaside home and up the hill and away from any tsunami.  The adrenaline, the cold, the exhaustion of the aftershocks and the sheer relief when the daylight came and we saw the damage to the city but learned that no one had been hurt.

How quickly that was to change.  The subsequent aftershocks, the death of my mother five days later and then the separate and more devastating quakes that were to come.

It was a truly surreal time.  We lived through what we described at the time as “the new normal” with interruptions to services, infrastructure and nearly every part of our lives.

I wouldn’t wish those events on anyone.

I’d like to say we are a better city and country for having survived it all.  Certainly in the period after the quakes we took more care of each other, we looked in on our neighbours, we shovelled liquefaction, we took more time to appreciate each other and less on material crap.

How quickly we seem to have forgotten all that.

There are many who have used the disaster to line their own pockets. In the case of the government they’ve cynically used the quakes to drive their repulsive neo-liberal agenda, closing schools relocating services and generally disenfranchising Cantabrians from any real say or role in the rebuild of our city.

But we are lucky.  We survived and our lives have returned to normal. We live in a country that has the financial resources and framework to rebuild.  The city is healing and it is not surprising that it is doing so despite all the delays.

It’s interesting to note that this anniversary comes at a time when the world is facing the largest refugee crisis since the Second World War.  That disaster is entirely the result of human greed and aggression.

Perhaps a great way to say thank you to all those who helped us at our time of need would be to help those who need us now?

Donate to the Red Cross Appeal for Syria 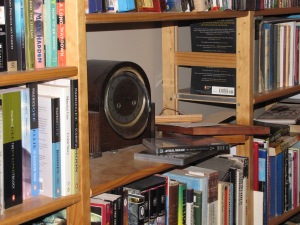